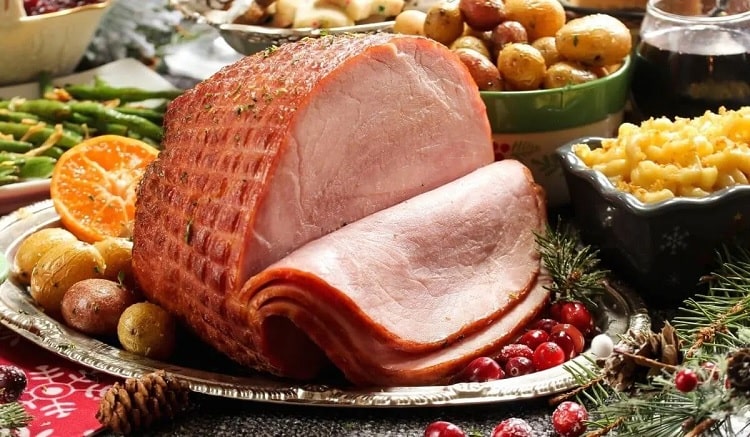 Ham is a popular meat used for holidays or special occasions. People incorporate ham in their holiday feasts since it is affordable, has a variety of options, and has a larger serving size. But a considerable amount of people are getting cautious about their food, including ham consumption at present.

The reason owes to the rising awareness of the possible health effects of our unhealthy lifestyles. Specifically, we have a concern over our weight, which is found to have an impact on our overall health. While this being said, ham has been claimed to be healthy recently based on its nutritional value.

The fewer carbs and high protein found in ham are the primary reasons for its purported health benefits. There is also a claim that ham is good for weight loss. This new information has made people shift their focus toward ham to manage their weight. We shall dive into the details to help you find whether ham is healthy and an optimal choice for you.

Ham is a red meat variety prepared from the legs of pigs. This pork product is a famous deli meat that undergoes a curing process based on the type of ham. People prefer it over other meat because it is easy to consume and comes at a reasonable price.

Ham is a good source of protein and other nutrients. When you make ham sandwiches with wholegrain bread, it becomes a healthy option that can be added to your diet.

Ham is packed with nutrients that support your overall well-being. It is low in calories, fat, and fiber when consumed alone. At the same time, ham is a rich source of protein. The protein content in ham helps with your energy and metabolism.

Ham is packed with selenium, which plays a crucial part in DNA construction and protection against cell damage. Besides that, ham contains amino acids that optimize the efficiency of metabolic transformations to boost muscle growth and enhance athletic performance.

The other major nutrients in ham are sodium, selenium, phosphorus, zinc, potassium, iron, copper, and magnesium. Vitamin B complex, vitamin D, and vitamin E found in ham are essential for your body’s effective functioning.

In addition, ham is a good source of carnosine, coenzyme Q10, and choline, which help with energy production and cell communication throughout the body.

How Is Ham Made?

Ham is prepared from the rear legs of a pig. The fresh pork taken from the pig’s legs undergoes one of the following curing processes:

Dry curing involves a curing process without water usage. The pork is coated with salt and herbs. It is then hung in a dark space for many months. The place has to be climate controlled to maintain the health of the ham.

Wet curing involves soaking meat in a liquid brine for some number of days. The liquid brine is prepared with components like salt, nitrates, and nitrites. The soaking process helps the meat absorb the flavors added to it.

The ham is hung in a smokehouse, where it takes on additional flavors and hues from the smoke. In order to improve the flavor of the ham, it is typically smoked for weeks at 100 degrees F.

The ham is then cooked either wholly or partially. We can heat the ham and consume it based on the cooking process adopted.

We can commonly find curated hams or canned hams that are available for purchase. You can also purchase raw hams for consumption. But it would help if you cooked the raw ham well before consuming it.

Distinct types of ham have different appearances and flavors, depending on where you reside.

Is Ham Good for Weight Loss?

When you are following a calorie-deficit diet, ham consumption can help you maintain your weight. Lean ham is low in calories, which makes it suitable for weight loss. Since ham is high in protein, it revs up your metabolism and supports muscle growth.

When you have a fast metabolism, your body can burn fat effectively. Ham consumption can help you lose some weight in this way. Besides that, the protein in ham helps you have a fuller feeling. Therefore, you can have control over your food and lower your intake of calories.

When you do any intense workouts, the protein content assists in muscle growth and recovery. Thus, you can actively engage in physical programs to burn calories by consuming ham. Ham contains iron, which boosts your energy and improves your blood circulation. The iron content in ham improves the oxygen supply to your muscles.

Thus, ham is a food with a low-calorie density, which supports healthy weight loss when taken in moderation. We can understand from this that ham can be good for weight loss, but the weight lost through ham consumption is less comparatively.

When you consume ham in moderation, it can provide you with various health benefits. We shall look in detail at how the nutrients found in the hams support your overall health.

Carnosine is a dipeptide synthesized using amino acids that enhance exercise performance. The proteins found in the ham also improve muscle repair and promote muscle growth. When your muscle strength is maintained, it enhances the efficiency of your workouts. Ham also provides you with more energy, which you can utilize during your workouts.

The antioxidant properties of carnosine in ham help reduce the risk of inflammation and protect your body from various diseases. Ham may prevent certain platelets from causing inflammation. It may lessen oxidative stress on the body and reduce inflammatory markers.

The vitamins and minerals in ham enhance your immune system and boost energy levels. Ham includes phosphorous, which plays a significant part in the formation of teeth and bones. Zinc is a trace mineral found in ham that helps in cell growth and lowers the risk of age-related problems.

The high salt content in ham is linked with many potential health effects. While taken in moderate quantities, you can avoid some side effects associated with the consumption of ham.

May increase the risk of chronic disease

The processing of hams results in higher concentrations of carcinogens that may increase the risk of certain cancer types. The preservatives used in its preparation, like nitrates and nitrites, can cause cancer. There are studies that hold processed foods like hams responsible for causing colorectal cancer among people.

When you reheat the hams, the level of carcinogenic compounds may increase and cause possible harmful effects on your body. In addition, high sodium concentration in hams may increase your blood pressure and also increase the risk of heart disease and kidney-related problems.

The high sodium level in ham can cause water retention. Some of the less severe adverse effects of water retention include swelling or puffiness in the hands, feet, and ankles. When consumed in large quantities, it may have a negative impact on your bones, causing some serious bone health problems. This excess sodium can increase the risk of heart-related problems like heart attack and stroke in people with higher blood pressure.

How Much Ham Can You Consume?

Ham is packed with nutrients that can promote your overall health. But it is best to consume ham in moderation. The USDA recommends only a limited amount of processed foods like ham to be consumed on a regular basis. If you consume lean ham in moderate quantities, it can keep your body healthy. Fresh ham is also a healthy choice comparatively.

If you want to add ham to your weight-loss plan, you can prepare healthy ham sandwiches and consume them. What makes a ham sandwich healthy is the moderate amounts of meat along with a sufficient amount of veggies in the sandwich. Replacing white bread with whole grain bread supports your weight loss and health. Thus, a moderate amount of ham is beneficial and can be included in your calorie-restricted diet.

Ham is a red meat that contains many nutrients. The processing of hams includes curing and aging. You can also purchase fresh hams, which must be cooked before eating. A slice of ham contains 4.65 g of protein, which makes it a good protein source.

Ham is also low in carbs and calories, which supports weight loss when added to a balanced diet. It is best to be consumed in moderation so as to avoid the risk of chronic conditions. Therefore, ham is healthy to consume when taken in moderate quantities.

Is ham a healthy fat?

What type of ham is healthy for weight loss?

Consuming fresh ham after cooking as required is a healthier option to maintain your health. You can also choose lean, nitrate-free ham that provides you with more health benefits. Hams with less sodium content are often healthy to consume and support weight loss.

Can ham help you lose weight?

According to USDA, carbs in 100 g of ham are 1.5 g. This calorie is less compared to other meats. Thus, ham consumption is healthy when taken in moderation, along with a calorie-deficit diet. The protein in ham increases your metabolism and helps you burn some calories. Thus, it can assist in losing some amount of weight. 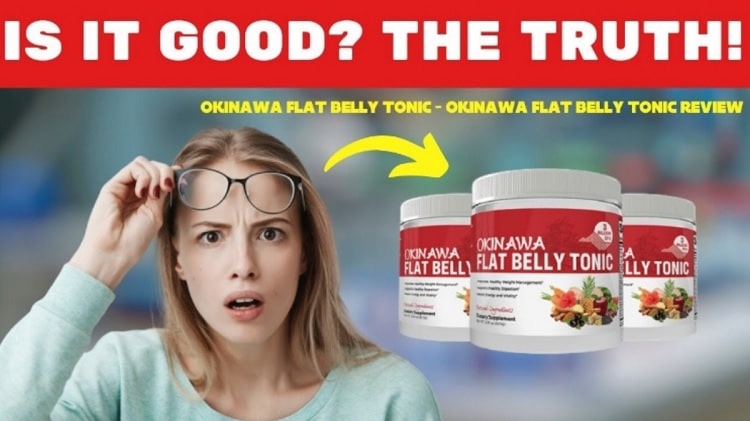 The Okinawa Flat Belly Tonic is a distinctive herbal Japanese weight-loss solution that supports ideal fat control, metabolism, and stamina levels. To assist you in losing weight, the formula combines potent radicals, nutrients that improve digestion, and metabolism-boosting substances. The solution is derived from observations from Okinawa, a Japanese province known for its lower rate… 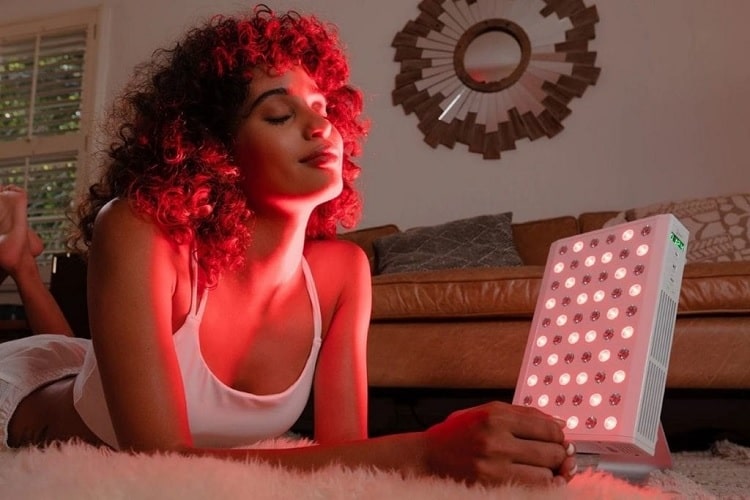 Better known as low-level laser therapy (LLLT) or red light therapy, red light has been touted by some as a home projector of health benefits. People suggest it can ease back and neck pain, reduce inflammation, replenish skin cells and hair color, improve mood and even help with sleep. You might be wondering why you… 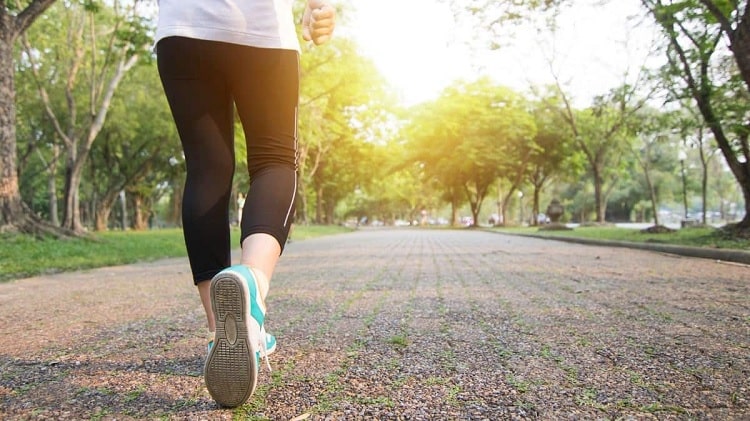 First, let us begin this article by congratulating you on deciding to lose weight. The first and often the most challenging step is deciding to dedicate your time and energy to your body which can be daunting at first. So, kudos on that! Now onto running. We think we speak for everyone when we say… 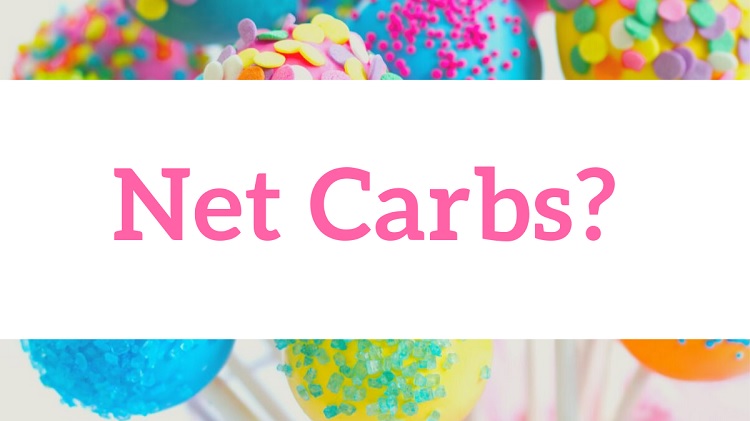 You are well aware that keto is a very low-carb, high-fat way of eating that aids rapid and efficient weight loss. You can determine how many carbohydrates you consume daily on the keto diet, but did you realise that not all carbohydrates are created equal? Because they affect insulin levels, net carbohydrates are essential. Turning… 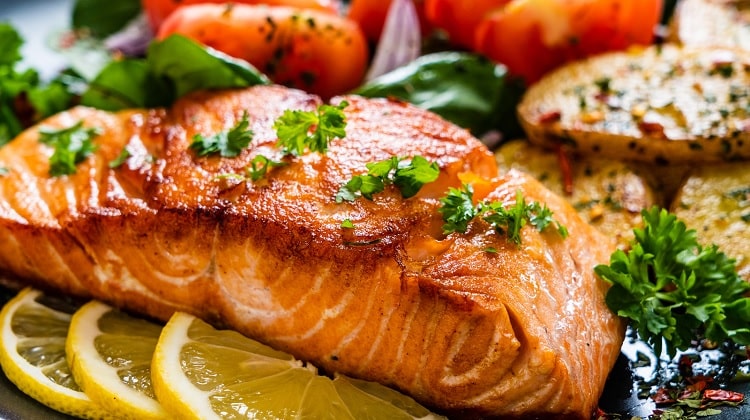 One of the numerous issues people battle with, regardless of culture, is weight reduction. It’s one of the main contributors to long-term illnesses or even mortality in the majority of nations. Though it’s easier than it sounds, did you realize that a hands-on attitude is necessary to lose weight? To achieve your target weight, you… 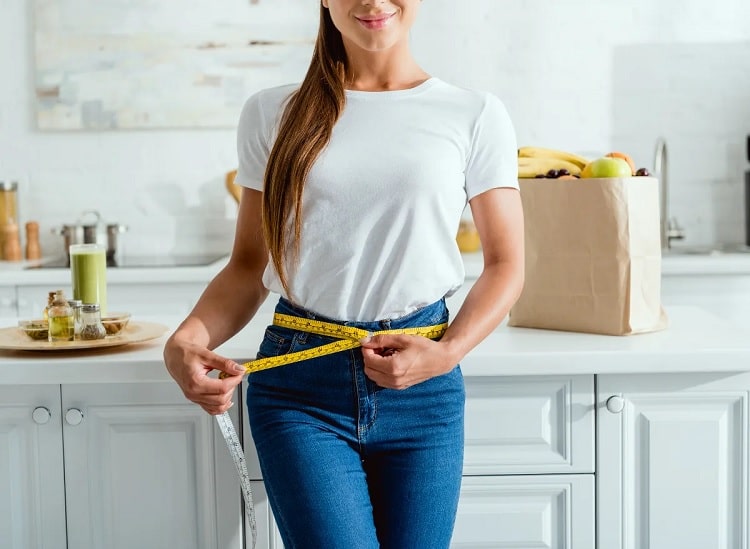